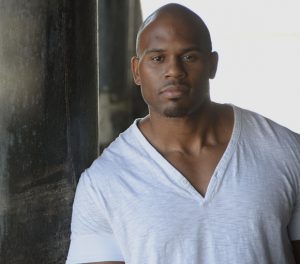 Our beloved brother, Shad Gaspard, was a professional wrestler, actor, and writer, known for his time in World Wrestling Entertainment (WWE) as a member of the popular tag team “Cryme Tyme”, and films such as Birds of Prey, Black Panther, Get Hard, and From Dusk Till Dawn: The Series.

His experiences as a youth with camping, basketball camps, wrestling, and community service shaped him into a role model and hero. Our single mother raised us from Curacao believed in all opportunities for her children.

Shad was fortunate to have a village of people who inspired and raised him into a dream-filled goal smasher.

In his final act of heroism, Shad sacrificed his life to save the life of his son from a rip current in May 2020. The Shad Gaspard Foundation is a continuation of the legacy that Shad started many years ago, when he made it his mission to be a shining light in the life of those who matter to him and those he went out of his way to help.